Celebrating the 25th Anniversary of LASIK

We're celebrating the 25th Anniversary of LASIK. Learn how LASIK technology has evolved over the years and learn about the risks and safety of LASIK.

Celebrating the 25th Anniversary of LASIK

At Kugler Vision in Omaha, NE,  we are celebrating the 25th Anniversary of the LASIK procedure. In the past 25 years, over 25 million procedures have been performed worldwide. Before LASIK, people with blurry vision resigned themselves to a lifetime of dealing with the hassles of glasses and contact lenses. Today, there is a better way with laser vision correction, like LASIK. Read below to see how LASIK technology has evolved over the years and to learn about the risks and safety of LASIK.

This year, LASIK celebrates its 25th anniversary, marking over two and a half decades since the groundbreaking corrective procedure was developed by Dr. Loannis Pallikaris of Greece and Dr. Lucio Burracto of Italy.

When LASIK was in its infancy, people with astigmatism were not candidates for the procedure. Night vision and glare were also a problem. However, with the advancements of the past 25 years,  these limitations are no longer a problem. Modern laser systems can effectively treat nearsightedness, farsightedness and astigmatism with excellent results, and night vision after lasik is typically as good or better than vision with glasses and contact lenses. 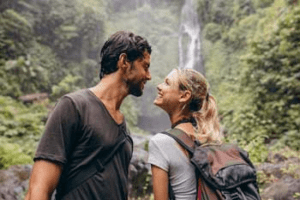 Over the past 25 years, LASIK has come a long way. The first generation of LASIK was designed in 1991 to reshape the cornea and has since become one of the most common procedures done today with more than 25 million procedures completed worldwide.

Today, LASIK has some of the highest success rates of any surgical procedure in medicine, and the highest satisfaction rate (over 98%). Since becoming FDA approved, LASIK has become a widely accepted mainstream procedure that 76% of millennials plan to have after age 18 in a similar way as they would plan to get orthodontic braces. 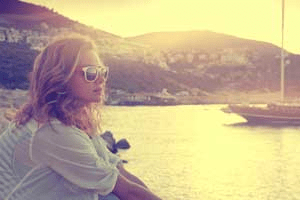 One of the most common concerns people have about LASIK is whether the treatment is safe. All lasers approved by the FDA for use in the vision correction must demonstrate a certain level of safety.

A recent study of over 2,000 patients confirmed that more than 98% of LASIK patients are satisfied with their results. When compared to contact lens wearers, LASIK significantly reduces difficulties with

It is important to remember that, despite positive reports, LASIK is a medical procedure that carries certain risks and is best performed by a caring, conscientious doctor. Lance Kugler, MD is committed to spending time with you before and after surgery to ensure the best possible result.

The vision correction industry is full of high-end technology with complex names and terminology, which can be confusing for people to understand the difference. At Kugler Vision, we are committed to reducing the confusion by offering every available technology necessary to deliver the best vision results possible, in the safest and most comfortable way.

As LASIK continues as one of the most mainstream and common procedures, the future of LASIK looks bright. The technology has continued to advance with recovery times that are down to typically a day and actual surgery taking less than 5 minutes per eye.

LASIK has been successfully performed for 25 years! There has never been a better time to invest in changing the way you see the world with LASIK than now.

Get started on your life without barriers! Call us at 402-558-2211 for more information and your questions answered.

Lance Kugler, MD, is a specialist in LASIK and vision correction surgery and CEO of Kugler Vision. A proud Omaha native, he is passionate about improving lives through clear vision. Dr. Kugler serves on several national boards, and his practice is recognized internationally as a center of excellence. Dr. Kugler is one of the original founders of the Refractive Surgery Alliance, an international organization comprised of over 350 of the world’s leading vision correction surgeons; he also served as its first president. In 2019, Dr. Kugler was selected as a TEDx speaker, and delivered a talk in Omaha about the worldwide epidemic of nearsightedness and refractive solutions. Dr. Kugler is an Associate Professor of Refractive Surgery at the University of Nebraska Medical Center’s Truhlsen Eye Institute, has been published in many medical journals, and participates in numerous clinical studies to advance the field of vision correction surgery. Dr. Kugler and his wife are proud parents to five active kids. When he has a spare moment, he enjoys skiing, tennis, travel, and fine coffee.